The store will not work correctly in the case when cookies are disabled.

We use Cookies to ensure you get the best experience.

The History of the Tattoo Machine 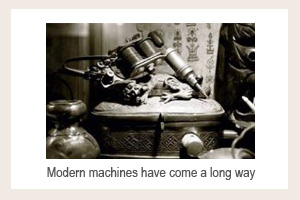 The tattoo machine has a long and complicated past, dating back to the 1800s. It all began with Thomas Edison, an American inventor and his rotary type device. He invented it back in 1876 and its main purpose was to create stencils to be used on flyers.

Tattooist Samuel O’Reilly modified Edison’s design over the course of fifteen years to create an electric tattoo machine which he patented in 1891. His machine is still one of the most popular designs used today.

The Evolution of the Tattoo Machine

Today’s tattoo machines have come a long way from the designs of old. The very first machine was adapted from Edison’s rotary operated stencil pen which while revolutionary, was heavy and cumbersome to use. What began as an electric motor secured on top of a tube with a steel needle, transformed into a more efficient model after the addition of two electromagnetic coils, springs and contact bars. Five years later this design was improved by Charles Wagner who created a model that featured twin coils set side by side.

Tattoo Machines Then and Now

The very first tattoo machines were made from iron, steel and brass while the later models are often crafted from aluminium, favoured for its lightweight properties and durability. The original machines were rotary systems while the latest designs use electromagnets to function. Today, tattoo machines boast innovative and original features such as the Cheyenne Hawk tattoo machine that uses a revolutionary cartridge needle system that allows you to change the needle at the flick of the wrist. Then there’s the LACEnano, now the lightest tattoo machine in the world weighing only 45g. This new age tattoo machine is fully autoclavable (including the motor) and has an ergonomic holding position, the machine has fully adjustable hit and give and is suitable to use for all tattooing styles. 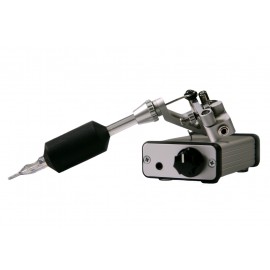 LACEnano: The lightest tattoo machine in the world

The tattoo machine has a rich and varied history and it is fair to say that even the most modern of machines have been inspired by the very first tattoo machines on the scene.